Australia has had some fantastic results last week at World Cup II in Linz, Austria including winning gold in both the Men’s and Women’s Fours.

Canberrans Luke Letcher (BMRC) and Caleb Antill (ANUBC), along with David Watts and Alexander Purnell, raced against 12 other countries in the Men’s Quad Scull. Racing through a tough A-final, they pushed through to fourth place in the final 500m, however Germany just beat them to the podium by 0.78 of a second.

The crew will race again at World Cup III in Lucerne, Switzerland on 13 – 15 July.

Cara Grzeskowiak (CLRC) took out the Championship Women’s Single at the Henley Women’s Regatta over the weekend, racing five times over three days. In her final race she raced against Fiona Ewing from Sydney Rowing Club to win the George Innes Cup. Cara now heads over to the Netherlands to compete in the Holland Beker Regatta. 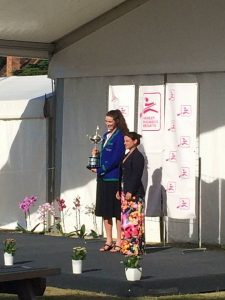